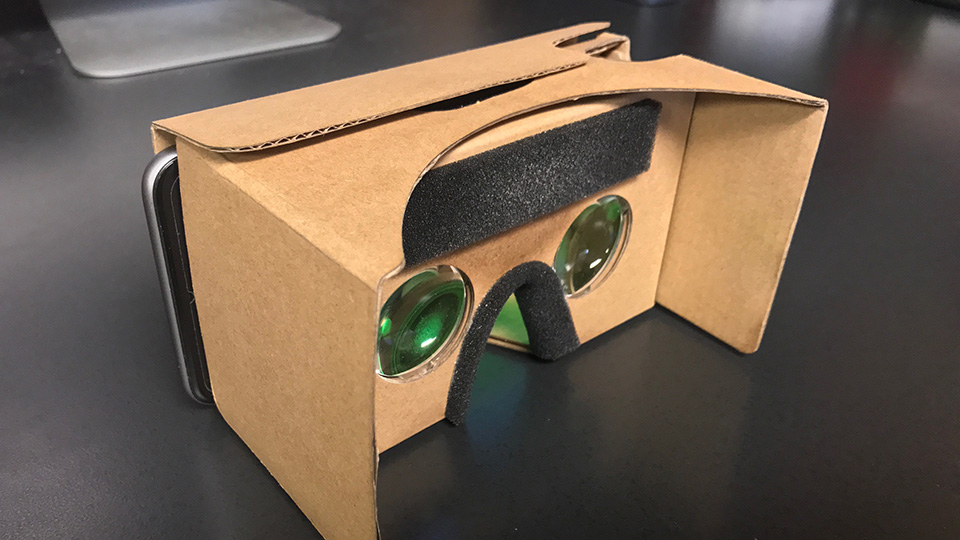 Google Cardboard is a cheap virtual reality headset. With this type of device, you can look through the headset and be immersed inside a computer-generated world. I can confirm: you can really can get your first VR experience for only $9.99, using the power of your smartphone.

Virtual Reality is a hot topic in modern technology, and I suspect it will only continue to grow. The general premise behind a VR headset is creating a visual illusion that you are somewhere else. These devices perform this feat by using a combination of two primary technologies:

The best-known "premiere", PC-oriented VR headsets are the Oculus Rift and HTC Vive. While these comparable devices have are undoubtedly the "ultimate" VR experience of today, they also are much too expensive for all but the most invested, with the Vive costing $800!

Not to mention, these devices are quite new, with the consumer models having been released within the last year. I believe they will still undergo many more improvements in the coming years.

In June 2014, Google aimed to solve this dilemma by creating Google Cardboard, a VR headset that is, quite literally, fashioned from cardboard. It's possible that this product was created as a joke. However, many quickly began to realize Google's message: you do not need to shell out hundreds of dollars to experience virtual reality. Now that I have one myself, I can assure you, it really works.

The key feature of Google Cardboard is that is utilizes your smartphone as a display. Any VR app splits the screen down the middle into two pictures, one for each eye. After inserting your phone into the headset, Google Cardboard's special glass lenses step in to create the effect of looking into a virtual world-- somewhat similar to the old Mattel View-Master device.

Furthermore, your device's accelerometer tracks your head rotation and adjusts the virtual envireonment in real time, as your head moves. Google Cardboard also includes a conductive button so you can "click" when your phone is inside.

Having a smartphone is Cardboard's main prerequisite. Both iOS and Android devices can download apps that work with Google Cardboard, so even Apple users can try out this novel technology. The Official Google Cardboard is designed for phones with screen sizes from 4.0 to 6.0 inches. Larger, higher-resolution, faster phones will generally provide a better experience.

About buying Cardboard: the official model can be purchased online for $14.99. However, there are many "knock-offs" (some of which are actually approved by Google). I purchased the Insignia Cardboard VR Viewer at Best Buy for just $9.99, and it is very similar to the official model. I recommend it if you live anywhere near a Best Buy, so that you don't have to pay to ship such a cheap item.

I use an iPhone 6s Plus, so I was pleasantly suprised to find that iOS devices now work with Google Cardboard. That is, there are many VR apps avaliable for iPhone, though not quite as many as there are for Android.

There are many kinds of virtual reality mobile apps out there. You can watch 360º videos using various apps, including YouTube. You can take 360º photos using Cardboard Camera and later view them in Cardboard. You could ride a virtual roller coaster or be part of a horror story. And of course, there are games; it's suprising what can be done with the use of just one button.

Trust me-- it works. Often, you can partly forget you have a screen inches from your face.

Some apps seem to be better than others in terms of realism. Some even feature 3D audio to further enhance the experience; be sure to use headphones/earbuds for these apps.

As amazing as it was to try virtual reality with Google Cardboard, one must remember it is merely a $10 device made from cardboard. Here are some of the caveats I discovered:

These drawbacks are understandable, considering that Google Cardboard is not meant to be an "ultimate" experience but an inexpensive entry-point into VR. If you already happen to have a relatively large, fast smartphone and have not yet tried virtual reality, I highly recommend Google Cardboard.